The store will not work correctly in the case when cookies are disabled.
Menü 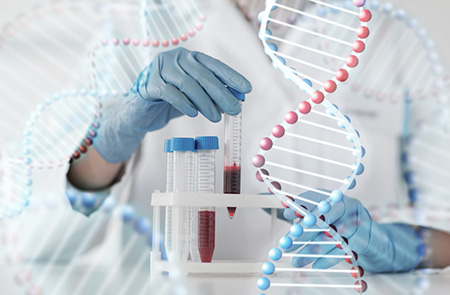 According to the WHO, nearly 290 million people get infected with malaria each year. More than 400,000 people die as a consequence of this infection, most of whom are children.

Early diagnosis of malaria is crucial. The sooner the infection is treated, the less likely it is to lead to fatal complications. Nevertheless, drug resistance, chemoprophylaxis, multiple species, and other variable biological and clinical factors make the diagnosis of malaria very challenging. This is why multiple molecular and laboratory diagnostic tests are available, varying widely in accuracy, speed, and cost.

In this article we will learn more about malaria, its pathophysiology, symptoms, and the diagnostic challenges it poses.

Malaria is a parasitic illness that’s endemic to certain regions of the world; most prominently Sub-Saharan Africa (94% of cases). It’s caused by infection with one of five Plasmodium parasite species.

The two most common plasmodium species to cause malaria in humans are the P. falciparum and P. vivax. P. falciparum is responsible for more than 99.7% of the cases in Africa.

The disease is vector-borne, which means that it’s transmitted by a vector; the Anopheles mosquito.

And the cycle repeats itself.

The symptoms of malaria start around 10-15 days after being bitten. This happens during the blood-stage (when the parasite moves from the liver to the blood).

If malaria is not diagnosed and treated quickly, it may lead to fatal complications and even death. Some of the complications include liver failure, brain damage, lung failure, multi-organ failure, acute anemia, and hypoglycemia.

This non-specific nature of malaria symptoms makes performing the diagnosis very challenging to clinicians. Historically, clinicians relied on the patient’s symptoms, local epidemiology of the disease, travel history, and other information to make a diagnosis of malaria and initiate treatment.

However, studies have shown that clinical diagnosis alone without laboratory testing is extremely non-specific. Moreover, it can lead to overtreatment and can contribute to the development of resistance to antimalarial drugs.

This is where laboratory and molecular diagnosis of malaria come in. There are multiple laboratory tests to diagnose malaria:

This has traditionally been the gold standard for the diagnosis of malaria. The patient’s blood cells are smeared (usually on Giemsa) and observed under the microscope. The advantage of the blood smear diagnosis is that it’s relatively inexpensive, requires modest equipment, and can identify the malaria species type in each sample.

These tests are recently being promoted as a reliable alternative to conventional testing. They’re usually designed as visual tests, where the sample analysis is done on a test cassette.

Rapid tests have been proven reliable in emerging diseases, such as COVID-19. The same applies to malaria. They’re fast, simple, and accurate enough to be used for diagnosis and active screening for malaria in endemic countries. Rapid tests require no laboratory equipment, and can typically provide results within 15 minutes.

Polymerase Chain Reaction (PCR) testing has been widely used for decades to diagnose elusive pathogens. PCR is very accurate in detecting malaria, identifying drug resistance, and diagnosing multi-infections. It’s been shown to be more sensitive and specific than conventional testing. Another advantage of PCR testing for malaria is that process automation and sample pooling can speed the process and increase the lab’s yield.

LAMP testing is a contender to PCR in the field of molecular diagnostics. The technique has been (and is being) developed to diagnose a multitude of microbes, including malaria.

Researchers believe that LAMP is great for screening for malaria, since it’s quicker and cheaper than PCR, without compromise in accuracy. The technique is still being tested before being adopted as a standard test.

What does the future hold?

The future of malaria diagnosis seems to be promising. Several new and old techniques are being adapted and developed to screen and diagnose malaria effectively. Microarrays, Flow cytometry, and mass spectrophotometry are all being researched as possible alternatives for conventional testing.

Vaccines against malaria are still under development, with only one 4-dose vaccine approved for very limited use in high-incidence countries.

So, for now, effective and rapid diagnosis are the best tools for us to combat this illness and wipe it off the face of the earth in the few decades to come.

Mersad is a medical doctor, author, and editor based in Germany. He's a board editor with the International Journal of Clinical Research, and has published several research papers during his career. He is passionate about spreading medical knowledge. Thus, he spends a big portion of his time writing educational articles for everyone to learn.